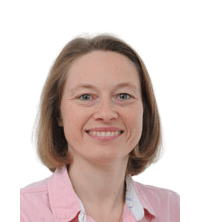 Deferring the state pension – how does it work, and is it worthwhile?

In fact, many people don’t realise that the state pension only starts to be paid when an active claim is made. Whilst individuals are generally warned no later than two months before state pension age that they may wish to make a claim, they are not required to do so.

Until the state pension reforms of April 2016, deferral was actively encouraged by the government. Individuals who deferred their state pension had two options when the time came to take their pension.

However, because state pensions count as taxable income, it is important for those who are still in work past state pension age to consider carefully whether taking a state pension as soon as it is possible to do so is the best idea. To illustrate this point, let’s consider two scenarios.

Case study A: individual with no other income in retirement except state pension

An individual who is currently in full-time work and works for one year past state pension age.

This individual is still working at age 66 and is considering the following two options:

In the second option, a higher rate of state pension is payable (because they deferred by a year) and no tax is paid because the individual has no other taxable income once they stop working.

The impact on their total retirement will depend on how long they live, and on average, this will be longer for women than for men.

The next two boxes show the outcome for a male and for a female with average life expectancy at 66. (To reduce complexity, we have ignored future indexation of the state pension and of the increment to the state pension for deferral).

Example for a male

Example for a female

In both cases the increase is over £2,000. By deferring their state pension until they stop working there is a tax saving of £1,925.56 because the state pension is never subject to income tax (it is not drawn until there is no other taxable income and it falls beneath the personal allowance). However, the female gained more than the male because she has an extra couple of years during which the enhanced rate of state pension for deferral was paid.

Case Study B: Individual with a personal pension of £10,300 a year

Next, let’s consider the case of someone who also has a personal pension and starts to draw their benefits from it at age 66.

The significance of this is that the retired person will pay some tax on their retirement pension because the combination of their personal pension and their state pension takes them above the £12,570 personal tax allowance. This means the saving from deferral will be smaller than in the first case study.

Let’s look at the calculations from Case Study A, but now taking account of the personal pension.

Example for a male

Gain from deferral over their lifetime £307

Example for a female

The key difference in Case Study B is that the individual is already using up £10,300 of their £12,570 tax-free personal allowance because of their personal pension. This means that only the remaining £7,357.80 (£12,570 - £10,300 = £2,270) is available to shield their state pension against tax, so the potential upside to deferral is smaller. Nonetheless, by deferring, the individual still ends up £307 better off if they are a male with average life expectancy and £1,196.92 if they are a female