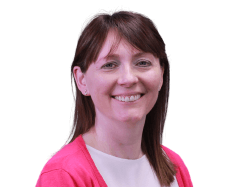 The impact of career changes on income protection

And with people who change their jobs often also having a higher variation in pay increases1, it’s important for them to have access to protection which changes with them.

We’ve therefore enhanced our Income Protection to make it easier for your clients to amend their plan as they progress through life.

What have we improved?

What if your clients change careers?

My husband, as an example, isn’t in the same camp as those changing jobs frequently, but he has had a complete career change.

After Uni, he started working in IT for financial services, and at that point he had considered taking out an income protection plan which would have been based on his salary and sick pay structure at the time.

After a few years he decided to go down an entirely different career path.

Fast forward several years and he’s now a police inspector and is already planning his retirement at 56 – which is only 10 years away. But instead of relaxing and enjoying his later years he’ll more than likely get another job. Even with a good pension, the increased cost of living and two daughters who have not yet flown the coup, has put paid to him living the life of riley just yet!

The importance of flexible protection

If my husband had taken out an income protection plan at the start of his working life, he would have opted for a long deferred period because of his sick pay structure when in IT. However, in the future he may want to take up his dream job as a photographer. This means he’d be moving to a less risky occupation but at the same time he would likely need to shorten his deferred period to keep up with these life changes.

That’s why flexible income protection is paramount – so your clients can amend their policy, which they perhaps took out years ago, to suit their changing needs now.

And if you need any additional help with your protection conversations, remember we have a range of great tools to help you, including the Value of menu tool or our Lifestyle calculator.