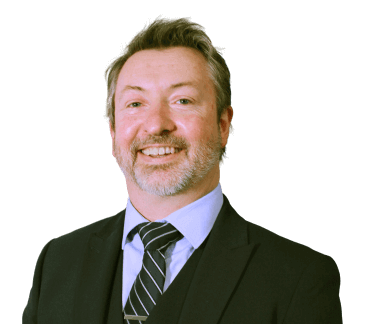 The Department of Health and Social Care have consulted on several changes to the way member contributions are determined for NHS pension scheme members in England and Wales, with a proposed implementation date from 1 April 2022.

The proposals aim to ensure that the costs and benefits of the scheme are more evenly shared amongst scheme members and will be introduced as part of the McCloud Remedy. This consultation closed on 7 January 2021.

In 2008, the NHS pension scheme (NHSPS) introduced tiered contribution rates for scheme members to reflect that higher earners were likely to receive proportionally greater benefit than lower earners over the course of their retirement due to the final salary structure. As under ‘McCloud’ proposals, all NHSPS members will accrue Career Average Revalued Earnings (CARE) scheme benefits from 1 April 2022, the advantage final salary benefits offer higher earners is significantly reduced, hence the move to alter member contribution rates.

Reduction in the number of contribution rate tiers

The consultation proposes a flattening of the contribution rate structure, and hence a reduction from the 12 current tiers, to 6 wider tiers as shown above.

Phasing in of new contribution rates

As illustrated in the above table, the new contribution rates will be phased in over a 2-year period, a measure likely to be welcomed by lower earning scheme members, many of whom will face an increase in their contribution rate. Under the proposed structure, as well as there being fewer tiers, the rate payable by the highest earners will reduce and the lowest earners will increase.

Because the highest earners (formerly tier 7) will see a reduction in contribution rate of 2% by the end of the phasing period, there could be a hidden benefit for those with pension tax issues.

As outlined on the Royal London policy paper, “Why paying a tax charge isn’t always a bad thing”, one test of the suitability of opting out of the NHSPS is whether benefits exceed the employee’s net costs (contribution plus tax charge) in any particular year. As this is an issue most likely to affect the highest earners in the NHSPS, a reduction in their contribution rate improves the member’s position and may mean that remaining in the scheme is still the best available option.

At the other end of the pay scale, while the phasing process for contribution increases will provide some respite to the lowest earners in the scheme, the situation will need to be closely monitored to assess any impact on the opt out rate this may have. The NHSPS operates on a net pay basis, and many of its lowest earners may not currently enjoy full tax relief on their contributions if they earn at or below the personal allowance.

In the Autumn budget 2021, the government announced measures to address the impact earning below the personal allowance has on affected members of net pay schemes. However, these changes don’t come into force until the 2024/2025 tax year. The increases in contribution rate to the lowest earners begin in the 2022/2023 tax year.

Contribution rates to be based on actual pay

A significant positive for the lowest scheme earners, who will often be part-time, is the proposal for contribution rates to be based on actual pay. Under the current structure, a scheme member on a whole-time equivalent (WTE) salary of £26,000 p.a. but working 50% hours so actually earning £13,000 p.a., would pay a contribution rate based on earnings of £26,000. Using the table above, this would result in a contribution rate from April 2023 of 8.3%.

However, the proposal to base the contribution rate on actual pay would see this reduce to 5.2%. This could have a positive impact for affected members and could more than compensate for the increase in the lower tier contribution rates.

A further proposal involves the contribution tiers increasing in line with AfC pay awards. This aims to remove the perverse situation where incremental pay increases push a scheme member into a higher tier, with a higher contribution rate, which can see a pay rise result in a reduction of take-home pay.

These changes appear broadly positive overall, however the Department of Health and Social Care must keep a close eye on the impact these changes could have to certain groups within the NHSPS to ensure the flattening of the tier structure doesn’t result in increased opt-outs amongst lower earners.